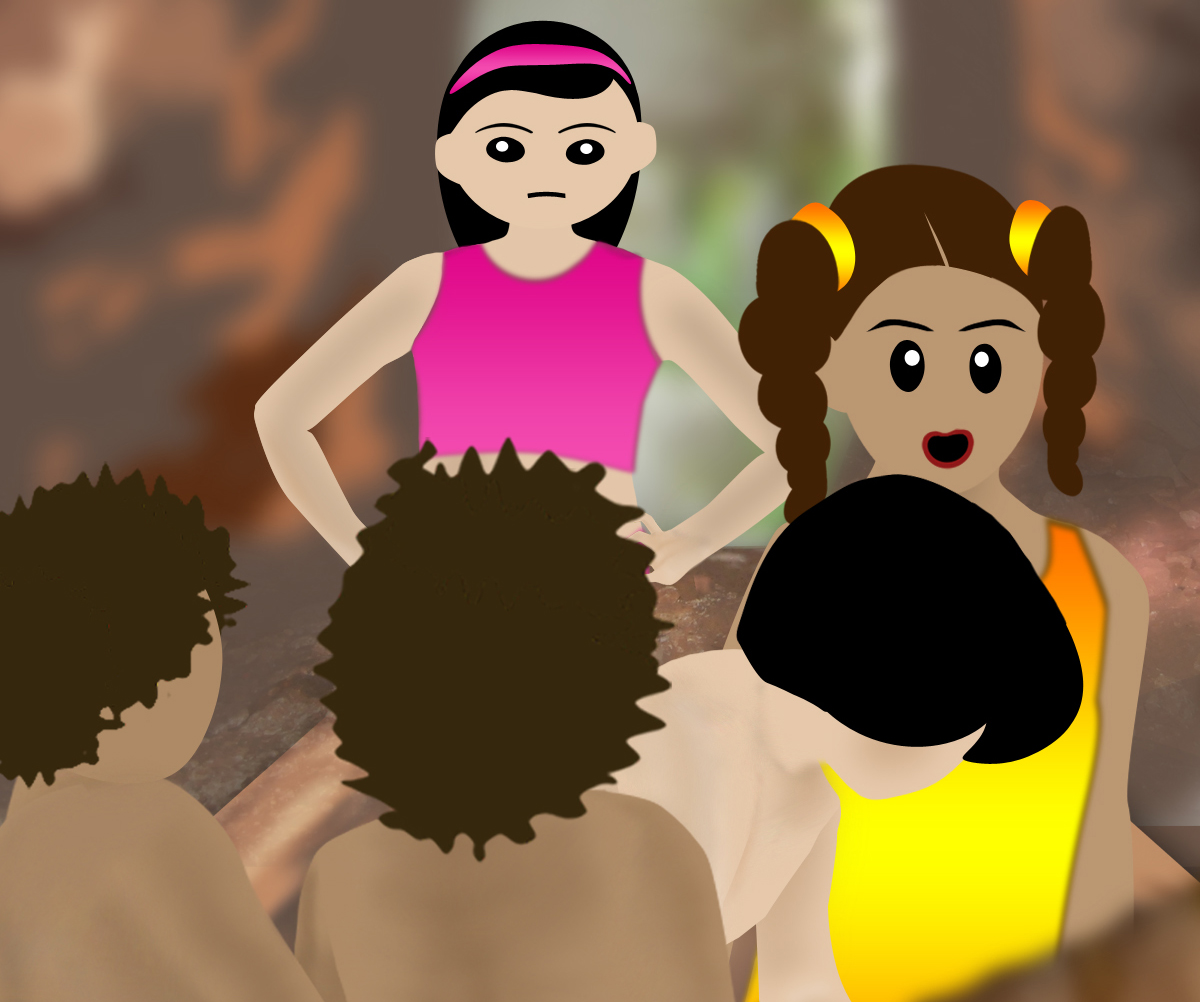 The Smiths and the Logans were neighbors living in the small village of Gambles on the island of Antigue. The two families got along very well and did almost everything together. They especially loved to hike and swim as one big family.

The Smiths, who were Americans living on the island, had a son named Sam and a daughter named Lucy. Sam was nine. Lucy was eight. The Logans, who were from Antigue, had three children. Their twin sons Larry and Walt were seven and their daughter Sara was eight.

The whole gang was at the beach on a beautiful, hot mid-summer ‘s day. The families had arrived in the middle of the morning and setup their beach towels and baskets next to each other under two palm trees. The parents were always as excited as the children to be out for a day at the beach. There was much chatter and laughter as the children ran about playing in the sand. While Mr. Logan and Mr. Smith went swimming, Mrs. Logan and Mrs. Smith chose to relax and chat under the shade of their palm trees.

Before lunchtime the families went out on their glass-bottomed sailboats. The children always loved to go sailing. They loved to count the fish and look out for the biggest and most colorful fish as the fish swam by under the boat. They sailed as far out as Mrs. Logan and Mrs. Smith would allow, then it was time to go back to shore for lunch.

After lunchtime the parents gave the children permission to go hiking in the hills that overlooked the sandy beach. The children followed the winding footpath up the top of the hill. They climbed over the rocks and found a beautiful blue lagoon. They waded and played around in the water of the small lagoon for a while, then wandered amongst the trees and stumbled upon a series of rocks that opened like a doorway.

All except for Lucy were excited as they entered the cave. Lucy stood at the entrance to the cave and wouldn’t go in.

“You shouldn’t be going in there,” she called after them; but the others still kept venturing inside the cave.

Sam looked back at Lucy.

Still, Lucy wouldn’t move, so Sam had to go back to get her.

“What’s there to be afraid of?” he asked, holding onto her arm. “It’s just a little old cave.”

With Sam holding onto her arm Lucy took one step into the cave and then another. She ventured a yard inside the cave but refused to go any further.

“I’ll just wait for you here,” she said, pulling her arm away from Sam.

Shrugging his shoulders, Sam left Lucy where she stood and hurried to catch up with the others; but before he could reach where Larry, Walt and Sara were standing, Lucy screamed out in alarm.

Sam and the others ran swiftly to Lucy’s side.

Lucy had inched her way back to the entrance of the cave and was pointing at something. At first none of the others could see anything where Lucy was pointing, but then the thing moved and they all saw it. It was a small creature the size of a mouse. It stood quietly staring back at them as they stared at it; then suddenly it turned itself into the shape of a ball and just as suddenly uncoiled back into its mousy self.

“Wow!” said Sam moving closer to the tiny creature to inspect it.

“Some kind of animal that can turn itself into a ball,” said Walt.

“It’s moving close to us,” said Lucy, backing away in fear.

“Get a stick. Let’s touch it and see what happens,” said Sam.

Walt looked around for a stick and found one not far from the entrance to the cave. He handed the stick to Sam.

Purchase For Kindle at special introductory price of $5.99